Life Cycle Management is a key element in the successful implementation of lean software development. Our solution extends your OWB development process with versioning, and automates the deploy processes for maximum efficiency. 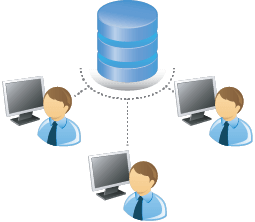 Once a single project or a complete Repository is versioned, it is built automatically. The build result is stored as an archive for later use. 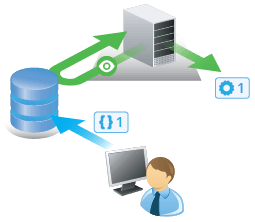 A build archive is automatically deployed to test and productions environments according to the rules defined in the project life cycle. 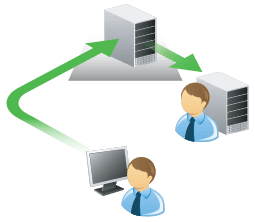 This helps you develop faster yet cheaper and deploy more frequent

The versioning functionalities included in our solution, guarantee a more sound code base. On top of that, we support parallel development. This ensures transparent and reliable releases of your application.

Automating the build and deploy processes enhances the quality of the developed code. The process will be reliable, repeatable and auditable, and you will be able to deploy more frequently.

More frequent and qualitative deploys result in a faster time-to-market. The automated process eliminates human mistakes, reduces the costs and frees up time that can be spent on other tasks.

It’s easy, see how it works

The VCR connector (VCR4OWB) allows you to version individual objects (mapping, table, ...) or a whole list of objects (mappings, modules, project) into CVS. VCR4OWB makes use of the OWB Experts technology and avoids useless version changes, such as timestamp changes, through intelligent diff parsing.

Once the objects are versioned, they are retrieved from the VCR and imported into the local OWB instance (build machine) by IKAN ALM. A Tcl-script (OMB*Plus scripting) is created dynamically, which describes all steps and dependencies for the later OWB-deploy.

The deploy process consists of importing the metadata into the deploy OWB-repository and executing the Tcl-script to deploy everything into the target database. Deployment can happen over a customizable life cycle to one or more physical environments. 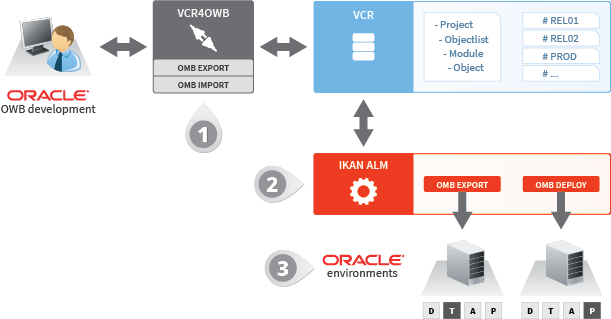 Our affordable subscription plans include everything you need: versioning, automated deployment and life cycle management for your entire OWB environment, from development to production. Interested in one of our plans? This email address is being protected from spambots. You need JavaScript enabled to view it. for more details.

If you would like to watch a live demo of this solution, use the button below to request an appointement. We will contact you as soon as possible.

Do you need more information?

Do you want to migrate from OWB to ODI?

Yes, I want to migrate

Our intelligently automated conversion service allows an effortless and 100% accurate migration from OWB to the ODI equivalents.

Do you want to recieve the latest news and updates?
Request a live demo
Let us talk